THE MONSTERS "I'm a Stranger to Me" EP 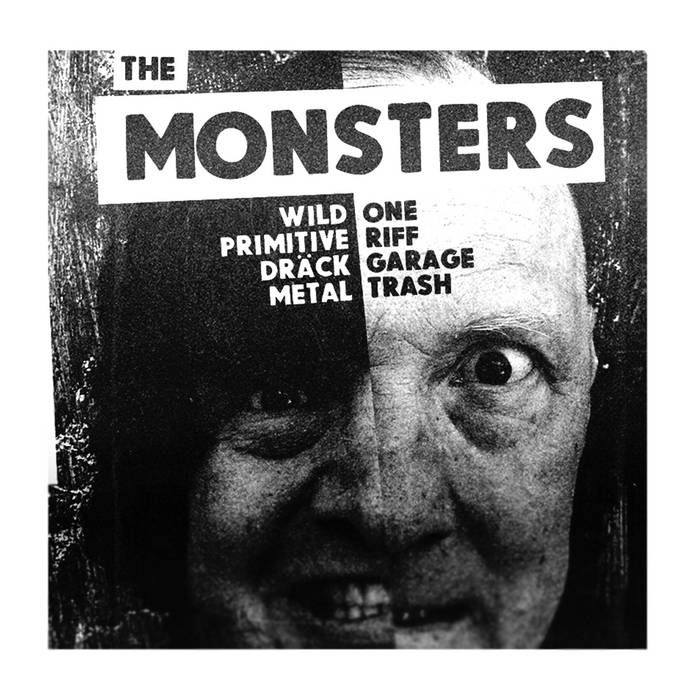 Denez McAdoo sexy sex stuff! Dump fistfulls of this into a sock and hide it under your bed and hope to god your Mom doesn't find it - or else you'll have some 'splainin' to do. Get this ya dumb turkeynecks! Favorite track: I'm a Stranger to Me.

What the fuck did we do to deserve this? Swiss trash punk legends THE MONSTERS are finally draggin’ our wee label down into the sewer after over 30 years of corrupting kid’s craniums with their corrosive caterwaul, and who are we to do anything but succumb? Lightning / Reverend Beat-Man and crew are blowing atomic snot rockets across this new 7incher - their first record in a coon’s age - with a catastrophic blast of breakneck scuzz’n’scum on “I’m a Stranger To Me,” backed with an exercise in desperate ‘n dumb destructo-doom on the flipside’s “Carpool Lane.”

These two disturbing tracks are brand new, never before issued recordings, but in true Slovenly style we also have a cassette ready for your hoopties and ghetto blasters with a bonus selection of previously released Monsters’ shit including “Blow Um Mau Mau,” “Baby OK,” “Ce Soir” and “More You Talk Less I Hear You” (from the album “Pop Up Yours” 2011), “One Woman Is Not Enough” and Happy People Make Me Sick” (from the album “M” 2016), and “I’m Always Wrong” and “Get On The Right Track baby” (from the album “Birds Eat Martians” 1998).

The Monsters where formed in 1986 in Bern, capital of Switzerland. Their sound is a fuzzedout mix between 60ies garage punk, wild teenage trash rockabilly and primitive rock‘n‘roll. Its 187% no MTV and top 100 shit!
The Monsters are a kickass live band who will burn every stage down. Over the years The Monsters recorded 7 albums, several singles and EP's and appeared on countless compilations. ... more

Bandcamp Daily  your guide to the world of Bandcamp

New sounds from Mavi, Ivy Sole & Moderator, plus AJ, the One joins the show, for her latest release